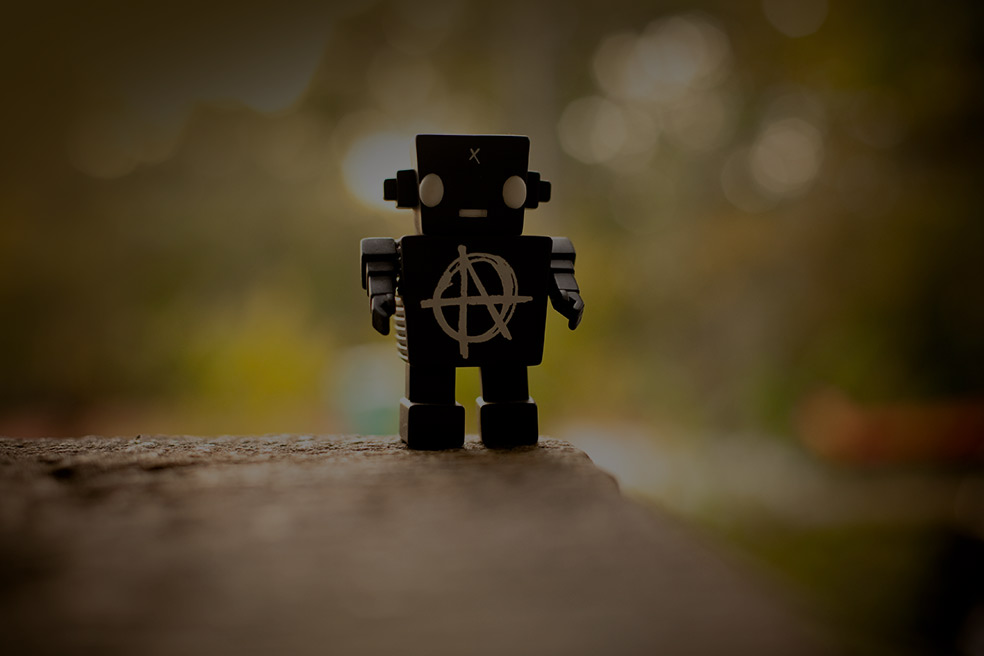 It has been three years since this number arise: 47%, or how by 2034 almost half of the jobs would be automated. Since the publication of this English study, a real robotic panic is taking hold of our timelines.

Automation will create jobs
When people think about a iron automation there’s always a number that comes into mind, that is by 2034, 47 percent of jobs will be automated. And that’s scary. But since then, many other studies have been made and they come usually with a number that is only 9 percent of jobs would be at risk.rnrrnrWhy such a big gap? Why such a big difference?rnrrnrWell it comes mostly from two points; the first one is when we think about that, we consider it from an industry point of view or from a sector point of view. And we should consider it around tasks, sure if you automate it driving a driver will have something different to do, but still you have to load the truck, you have to unload, you have to discuss with the people to get the signature… So a lot of different things will still need human interaction.rnrAnd then there’s the second part: the business part. Until today, every time a company is able to innovate and become stronger at what they do to have a better business model, to be more efficient well, they have more customers. Because they have more customers, then they need to hire more people and we’ve seen this example. For example with Uber: he has destroy 750 jobs of taxi in Paris, but at the same time they created 13,000 new jobs. The question would be then why such a panic? why every time we talk about AI and robots people think of terrible things?rnrSo I asked the lab to work on it:rnr“We call it the robot panic, and it’s an interesting topic to look at how we relate to the future, and how we think about the future. In his 1993 Cyberpunk Manifesto, Billy Idol writes about a future having imploded, literally imploded into the present and this is the idea of a future that has come so close to the present that there is no way we can escape from it. Constantly overwhelmed and forced to update ourselves, by micro interactions, micro updates timeline refresh. And we lose our ability to project ourselves in the long term and have a longer scale of thinking about the future. So when all the imaginaries of the left class struggle and everything that has shaped its history seems to be collapsing, when for so many people work is becoming more and more meaningless and relates tornrsuffering, when innovation and disruption has become this quasi-religious litany, when we’re surrounded by fake news by conspiracy theories trapped into filter bubbles. It’s become more and more difficult to make sense of the world we’re in and if you add climate change conflicts mass migration it seems that there’s no way we can escape this very very close near future. And then it’s very natural to fold back into these very deep and very powerful myth that I’ve shaped historically how we relate to machines in AI. And if you think about it in cinema in literature, we’ve always been extremely scared. And AI has always been just described, it’s something extremely threatening and build upon powerful myths of destruction of humanity and powerful threats on our civilization: metropolis Skynet, the Terminator all these archetypes and metaphors are extremely dangerous and threatening.rnrSo today we conduct research we engage with the public, we engage with our client, and we constantly hear these stories in this relationship to the future. And we call it the common narrative collapse it is how collectively we fail to not only create and tell positive stories of the future but also, how we remain more and more trapped in dystopian and negative, scary aesthetics of the future. The dystopian aesthetics seems to take over our imaginaries. So we really believe that today engaging in future thinking requires to unfold and unpack these ideas and these stories and look beyond the trending topics and conference buzzwords and trending technologies and to look deeper in howrnrwe relate to the future and how these ideas shape our understandings and our imaginaries of what tomorrow could be well.”rnrWe hope you like this video, so if you do please subscribe to our YouTube channel and share it. Leave us a comment we’re always very happy to discuss with you. All the best.rnr

Thus, at the time of Facebook’s fake news and magnetizer healers of innovation on Linkedin, it seems that we can no longer expect a future where human employment is commonplace.

At enigma, we do not share this point of view. For us, the current automation is rather a historical continuity. We therefore believe that artificial intelligences and robotics will actually create new jobs.

The real truth behind the 47%

This notorious study stating 47% of potential automation has been questioned several times,  particularly by the OECD which mostly finds that on average, for the 21 OECD countries, only 9% of jobs are automatable. So why such a gap and such a “media circus”? It is quite simple actually. The famous English study makes the crude error of considering jobs from a working sector standpoint and not ultimately as tasks. Thus losing sight of the fact that within the same working sector we have very heterogeneous tasks. But it’s still a scary outlook and emotions, just like the tweets of Donald Trump are a great selling point.

What about the gains in productivity induced by machines ?

Because of the complexity of economic environments, market volatility, often outdated management of bureaucracies, loss of purpose at work, global impact of job stress, archaic IT systems, generational gaps and conflicts, the world of work is failing. And despite our technological innovations, humanity is less and less productive. And everyone is affected by it! It is then easy to imagine how machines could replace us.
However, if robots and artificial intelligences were truly taking up our jobs, the productivity of workers who still have jobs – the total amount of work divided by the total number of people employed – is expected to increase rapidly. But this is not the case. The productivity is generally slowing down, and where increases are still observed, they are lower than in the past.

Does automation foster unemployment then?

Economist James Bessen of Boston University provide an example in the legal industry, where for nearly 20 years softwares have been used to sort out millions of documents during trials. This process – called “discovery” in the profession – was remembered as very expensive. But thanks to electronic methods these costs have been drastically reduced inducing even more accurate results. Surprisingly, this automation process did not gave rise to unemployment among lawyers and the judiciary. On the contrary, the employment of legal experts and lawyers has increased remarkably. A similar phenomenon occurred when the cash machines automated the tasks of the bank’s counters and when the barcode scanners automated the work of cashiers. Instead of contributing to unemployment, the number of workers in these occupations increased.
While we are convinced that the automation of a task reduces employment in an occupation, this logic does not take into account certain fundamental economic aspects: by reducing the cost of a product or service and by increasing its quality, automation tends to attract more customers. Cash machines, by making branch operations less expensive have enabled banks to considerably increase their number of branches. Counselors have become more specialists in consulting and marketing, thus offering a service closer to the client base.

Still so many jobs

But automation is not always good for everyone. The growth of some occupations has occurred at the expense of other occupations. The arrival of computerized telephone lines represented a loss of jobs for telephone operators, but more jobs for receptionists.

The total effect on unemployment depends on the trend that takes over in society. Hence the importance of innovation and our collective capacity for learning.
Take the example of a delivery driver and his truck. In the limited outlook offered by the media (craft vs. tasks) a vehicle driving all-alone will replace the driver, putting him to unemployment. However, a simple service design analysis shows us that it is still necessary to load and unload the pallets of his truck and that the delivery requires a whole series of interaction with the customer. As long as drivers are no longer responsible for driving trucks, it is possible to imagine several scenarios where, for example, in an economy of service and experience, his cabin becomes a mobile office and his work becomes more focused on logistics, sales and consulting.

What lessons can we draw from that?

The contemporary discourse on automation is profoundly biased by outdated pictures of class struggle and industrial revolution that no longer make sense in a globalized and increasingly open world.

The topic of automation is a technical, economic and historical subject that teaches us a deontological mistrust when understood through the technological determinism that dominates in the media and the politics.

The key to accompanying automation ultimately remains our ability to learn (and also unlearn) as well as to collaborate. We will have to learn not only to work better together but also to improve our collaborations with artificial intelligences and technologies in general. Unfortunately, one quickly realizes that school programs will be soon a century behind and that digital transformation strategies are too often focused on the deployment of computer tools, giving up all human dimension.

Prospective thinking, business model innovation and services innovation are undoubtedly the keys for companies that have to adapt to the automation of their sector.

At a time when artificial intelligences are becoming more and more efficient and are sitting on boards of directors, it becomes urgent to rethink the school, to rethink our critical reading of socio-economic phenomena at work today and to develop our culture of innovation and collaboration. To discard enduring representations of the 19th century and create our future.

Cover Photography by Robert Occhialini “Robots Are Among Us” 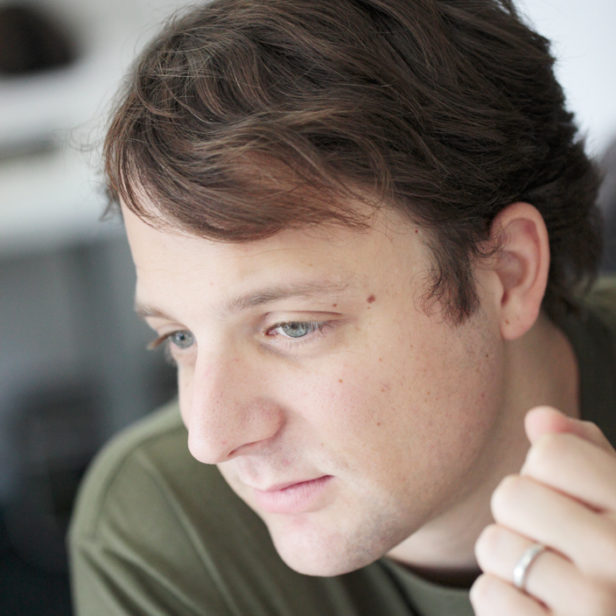