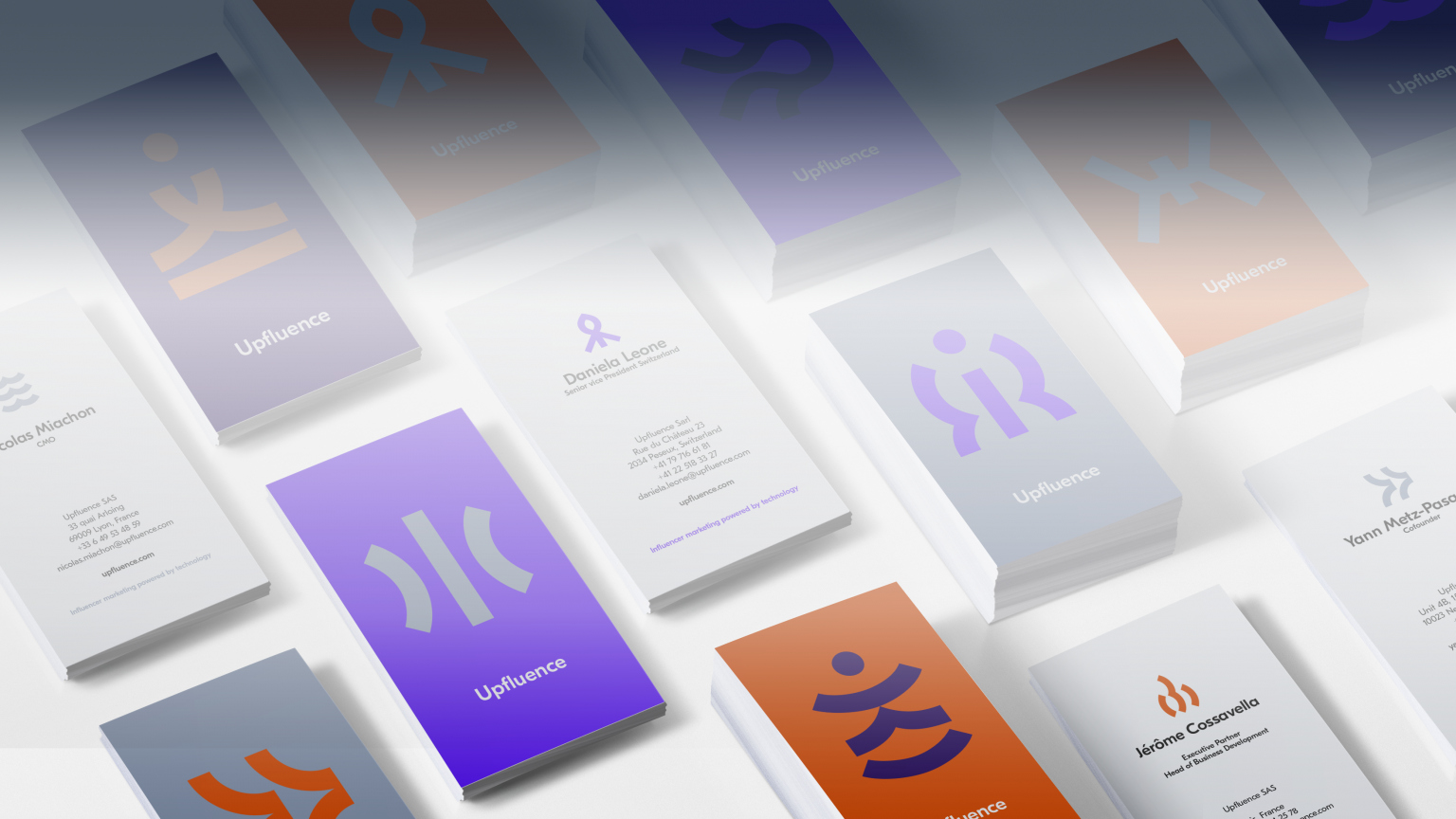 Enigma has realised a complete rebranding for Upfluence.

In the highly competitive environment of PR 2.0, Upfluence wanted to be able to communicate in a clear and differentiated way from its competitors. Enigma has to reveal the technical complexity of their solution, while retaining a mysterious side on how it was developed.

Inspired by the shamanic world and after several workshops, Enigma has elaborated a complete rebranding of their identity.

Their competitors evolving in a very technology oriented universe, we adopted a vibrant colors set. Rather than emphasizing the technical nature of the solution, we have exalted the mystery and the very notion of communication, source of the work of every influencers, even digital ones. At this end, we have developed a new language from symbols we have created, based on the four natural elements, to which we added the human element. Each symbol is linked to a characteristic of the public relations 2.0 industry:

The earth represents the data, the water, the propagation of information, the wind, the expansive dimension, while fire symbolizes influence, transmission and impact. We added to this the human aspect, namely communication, the basis of a blogger’s relationship with his readers.