To celebrate its 25th birthday, MIT Media Lab recently gave itself a new visual identity. The result is so remarkably original and complex that it was an immediate success.


This new visual identity was created through generative design. This mixed technique based on programming and particularly on an algorithm enables the designer to create a system of rules that will generate numerous results.

This technique, which blends graphic design and code writing, enables a new generation of designers to explore a territory unknown to brands and to the general public. Indeed, for many graphic designers from Generation Y (born between 1980 and 1996), learning graphic design often involved a natural and empirical use of technology.

Identity realized with Processing for the Copenhagen COP15 in 2009

Whether a pure geek’s passion or an artistic or code writing experiment conducted in a garage, generative design has already gained legitimacy in the world of art and design. In his article “What is Generative Art?” Philip Galanter offers the following definition: “Generative art refers to any art practice where the artist uses a system, such as a set of natural language rules, a computer program, a machine, or other procedural invention, which is set into motion with some degree of autonomy contributing to or resulting in a completed work of art.”

This definition emphasizes the fact that the artist is much more proactive than in a traditional approach. The artist uses rules or guidelines to set up a framework in which multiple artworks will take shape. Although generative art exists beyond software and computing systems, its development is closely tied to technology and involves creative people who are mostly visible on the Internet.


An example of the possibilities of such graphic system

This additional layer gives some autonomy to the work and enables it to create a quasi-infinite number of “baby-works” that take shape in real time. In other words, this technique adds basic programming concepts to artistic creation. The artwork becomes part of a process larger than itself. In the end, thanks to the unbound dynamics of remix culture, the artwork can become a collaborative, evolving, and open framework. Traditionally, the visual identity of a product or brand is based on a number of parameters that are usually tied to the constraints of use and production. One can thus see how the archetypical and monolithic logo that we all know is changing in its content and form. 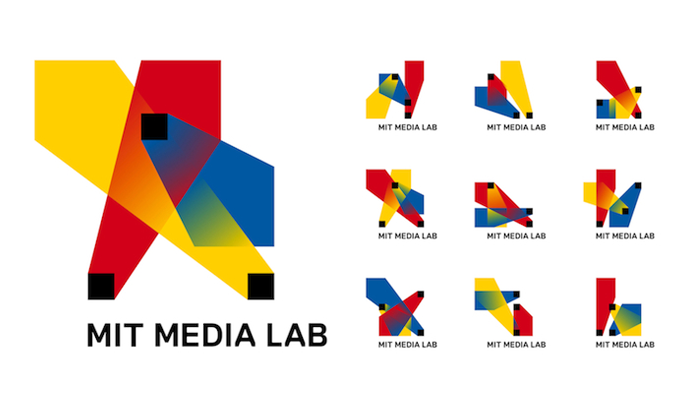 The design addresses the functional and aesthetic aspects as well as the production process of a visual object or interactive concept. Historically, logos have evolved within the context in which they were used and produced. Later on, cinema and television added movement to logos; in some cases, the audio dimension cannibalized the visual part (see 20th-century Fox animations). Today, graphic design can find inspiration in the methods developed by generative art. One of the leaders in the field, Joshua Davis (USA) recently created a number of visual pieces for the German automotive company BMW. Others, such as Berlin-based Marius Watz, London-based Quayola or the creators of the Processing software, Ben Fry and Casey Reas, have contributed to the development and the promotion of generative art.

The work of the two MIT Media Lab students is the most advanced example of generative art, not only from a creative perspective, but also because it involved the client in various stages of the project. They managed to tailor it to their client’s needs while maintaining its cohesion and its clarity throughout the process. This concept generates a visual system of 40,000 unique permutations in twelve different colors (480,000 different visual identities in total). Each member of the Media Lab not only receives a unique and personal logo, but also the source code that enables its reproduction. The numerous versions that are made available reflect the diversity of engineers, artists, designers, and scientists that meet within Media Lab. 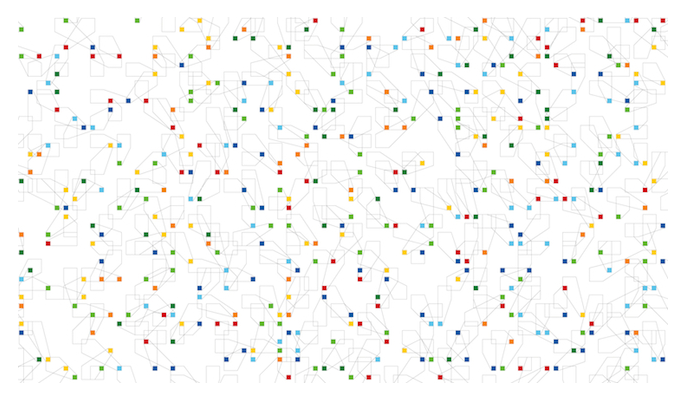 Contemporary branding, among other fields, is being radically transformed by new models—culture of sharing in the free world, remix culture in music, to name just two. Design is not spared by these revolutions. Although the rules of branding do not apply to the dynamic identity system of Media Lab, it does offer amazing opportunities at the creation and production stages to launch a new brand internally. Let us not forget that a brand is mostly made by people: this new visual technique is the best possible proof.