Smart Campaigning: The Secret Tools You Can Use in Political Campaigns

We live in the age of Big Data. Technologies and societies have evolved, and with it, marketing and communication techniques. There are many new tools that you might never have thought of. Let’s take a closer look at smart campaigning.

The political field is used to classical marketing. But in 2016, Trump conquered the White House using a media space budget that was 8 times less than Hillary’s. Less budget, more impact… it’s not magic, just a different strategy.

And it goes further than a detailed audience segmentation, AI usage, and CRM. All of those are part of the classic marketer’s toolbox today. It’s something more. And yes, it’s a bit darker. It’s about exploiting the system to gain visibility. How does it work? In the old world, parties would engage their audience around an idea or a set of values. But today, it is more impactful to stand against something.

The Age of Outrage

Standing against an idea means splitting your audience. Some people will love what you say and others will hate it. No one will stay neutral. Today, moral and the consumer’s society are a lot more linked than before. People feel they need to show the world they care about the topic, so they share and engage with your content. And when you’re on the right side, it’s a much stronger relationship that you create.

So you need to spread constantly fueled outrage? Well, the dark toolbox is how you get there. Here are the dark tools of political marketing.


How do those tools work exactly?

On the internet, a troll is someone whose only purpose is to upset other people. Trolls make off-topic comments, post inflammatory content and provoke whoever can be provoked.

Knowing how to spark the interest of trolls has immense potential for viral marketing. The best way to go viral used to be by offering content that people liked and wanted to share with their friends. Now, we aim at creating “memable” content. I mean pictures and statements that the community can play with. That they can alter, recycle and transform to produce new content in the form of memes.

Donald Trump stated that Hillary Clinton was the devil impersonated. Many news sources picked up on that statement. This started a massive avalanche of memes picturing her as Satan, with horns and red eyes. This didn’t sit well with conservative Americans and made them turn away even more from Hillary.

Amazing article, right? Did you read past the first paragraph?

70% of the people comment on scientific articles, without even reading them. 59% even share them. This article doesn’t have any content, besides a standard “lorem ipsum” fake text. People commented on it and shared it more than 45’000 times.

Findings like these started the war of the headlines. Whoever writes the most provocative headline gets the most clicks, shares, and comments. What’s actually written inside the article is suddenly not so important anymore. Content doesn’t really matter in the rage game.

Take a look at the comparison of bot usage between Hillary Clinton and Donald Trump:

Massive difference! The botnet of Trump was far more centralized and interconnected, suggesting a higher degree of planning and organization.

If set up correctly, a sophisticated cluster of bots makes sure that everyone will see exactly what they need to see, to ensure their support.

Discover the whole contents of the dark toolbox

What can businesses make of this?

Of course, the world of business would love to copycat the world of politics. Why? Have you ever seen this TV commercial where people iPhone users and Android users start to fight at a wedding? It sure is a funny video. But the funniest part is, we know it will never happen. In real life, people will gently mock the other tribe, make a joke or two… and stop there. Brands are not important enough to start real fights.

But politics are. And every brand out there would love to be so influential it could trigger a conversation as passionate as a political topic.

The tools aren’t enough, though.

It’s all about meaning

And let’s be honest: brands suck at meaning. Why should they bother anyway?

For decades, they’ve seen that discount coupons and flashy ads work. But they work once, for a specific promotion. They don’t create a loyal fan (customer) base. It’s time for brands to challenge this mindset.

It’s time to think about meaning and purpose.

Only with a solid background can you split your audience and be successful. You will need a purpose-driven brand to get controversial and leverage moral emotions. This is the best way to spark indignation and engage your fans deeper. 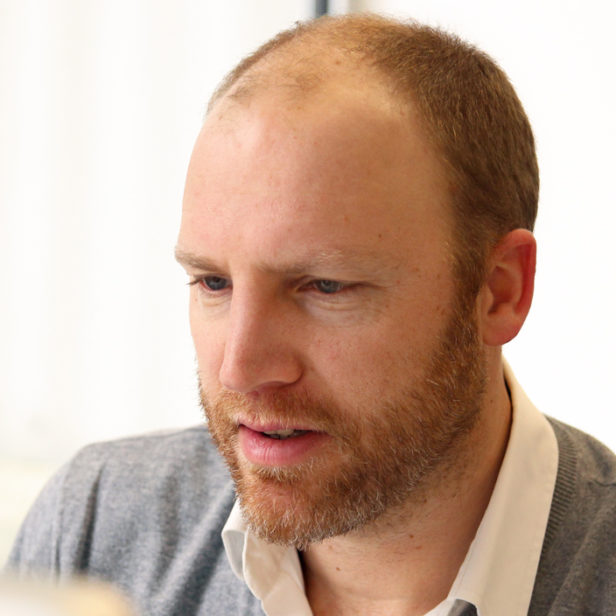