Poster Campaign for a political party

At the time of the 2011 Swiss Federal elections, we were asked to create a poster campaign for our client. It had to be more than a call to vote for a candidate; the poster had to include the new political party that came out of a recent merge: the Geneva Liberal Radical Party (PLR).

We quickly decided to make two separate posters, one for the Parliament and one for the National Council.

The nine candidates to the Parliament were clearly members of the PLR; regardless of their prior affiliation, they were shuffled on the poster, so as to emphasize the merger between the Liberal and the Radical Parties.

They were presented in groups of three on small printed material, and all together in larger material.

Posters for the National Council

The poster for PLR candidate to the National Council, Christian Lüscher, was different. We showed him as a symbol of unity, and his party as a platform for the Right. We were inspired by a poster from Barack Obama’s campaign to become U.S. president. There, he is shown alone in the foreground, but with his whole team in the background.

We took this idea for the PLR. Christian Lüscher is surrounded by his party, but also by Fulvio Pelli and the Christian-Democrat Luc Barthassat, his running mate to the National Council.

The various versions of the poster were used in different media, such as cable cars, back of buses, small and large posters, or lit posters.

The poster with all the candidates was extensively seen and liked. The poster showing Christian Lüscher really stood out in comparison to the posters from other parties.

The results of the election for the National Council show an excellent progression for the PLR GE: indeed, with less than 2’000 votes, Christiant Lüscher would have been elected.

Find out an article about this poster campaign published in the Swiss newspaper. 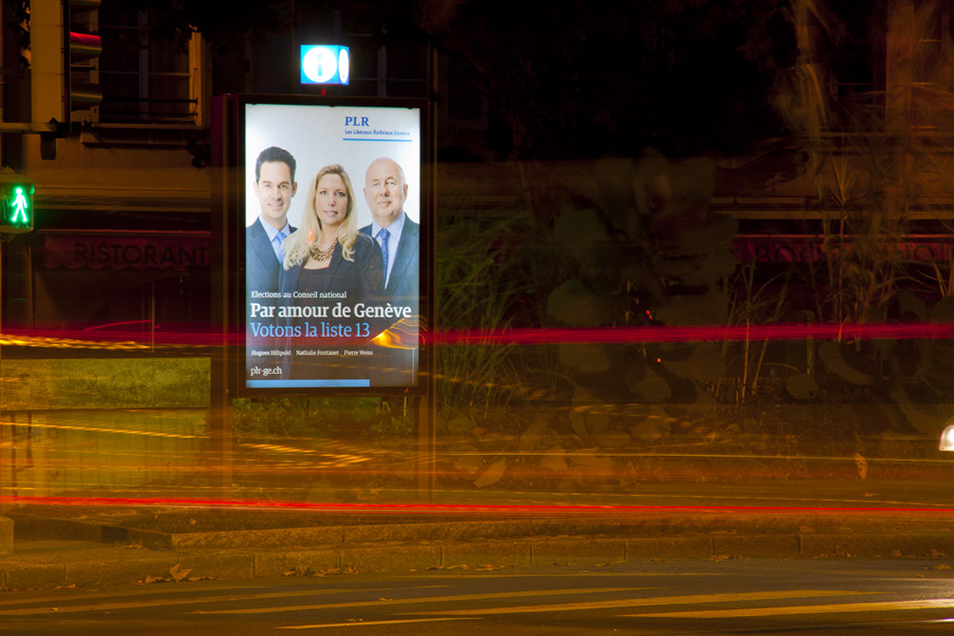 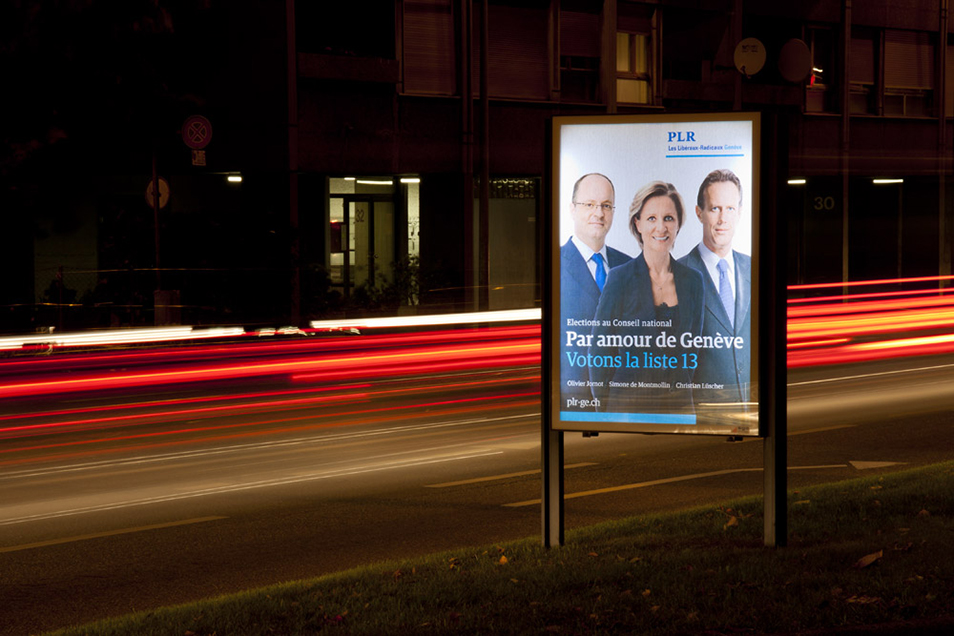