A political poster for a vote in Switzerland is a complicated project to process. This kind of visual has to respond to particular points, linked to their context:

•  Places intended for pedestrian
•  The consistent point of view will stand next to it
•  The political parties want that their identity appear in a strong way in order to be recognised  by their active members.
•  4 to 8 subjects are debated concurrently and you have to be quickly identifiable
•  Subjects can be very specialised

The target of these posters is to affirm a position. They reply to a positioning need of the parties, but enable to often bring up questions as well. The visual has to both persuade undecided people and carry a vote recommendation built on an union sensation.

The common point between every voting campaign visual: a positioning very clear in a political process with a very polarised ending: for/against, yes/no. 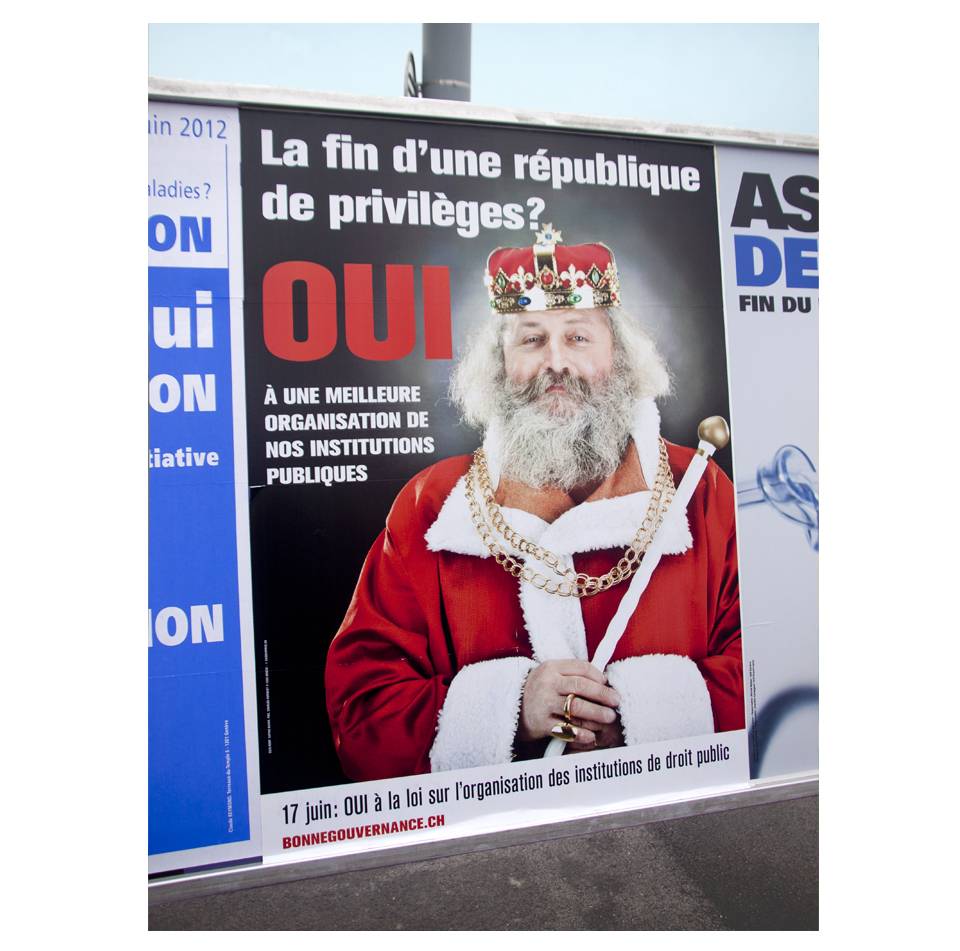 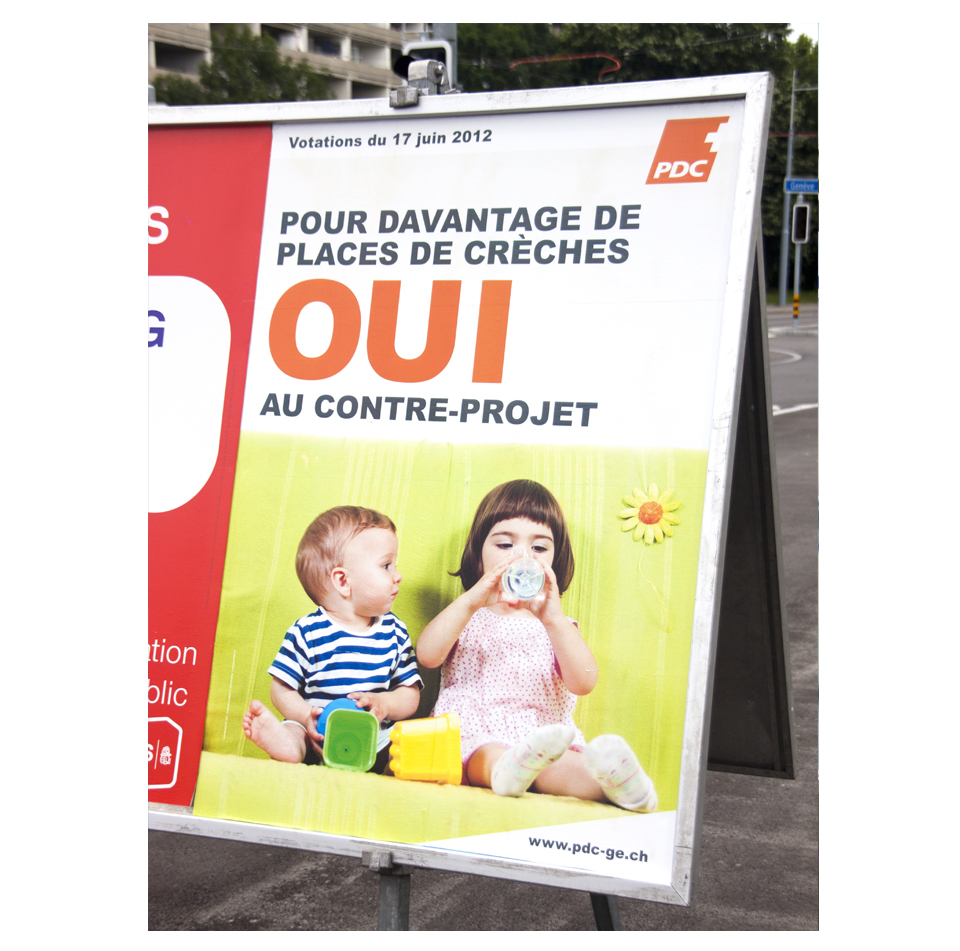 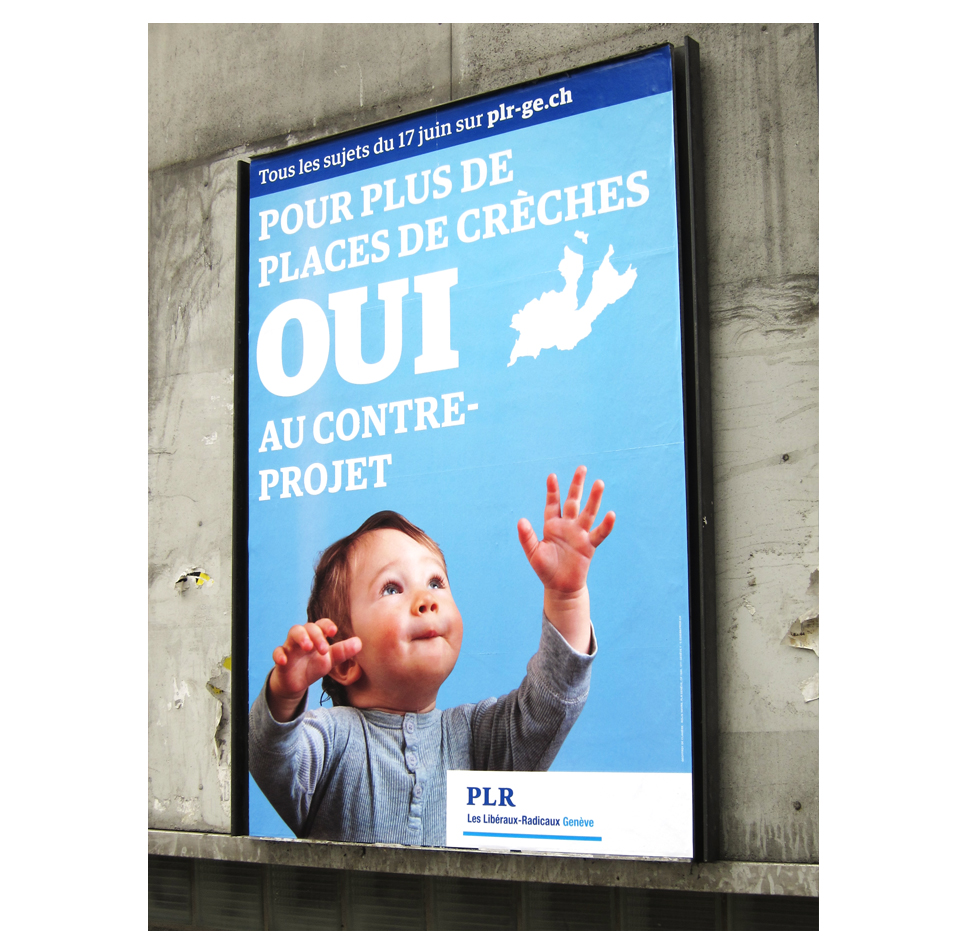 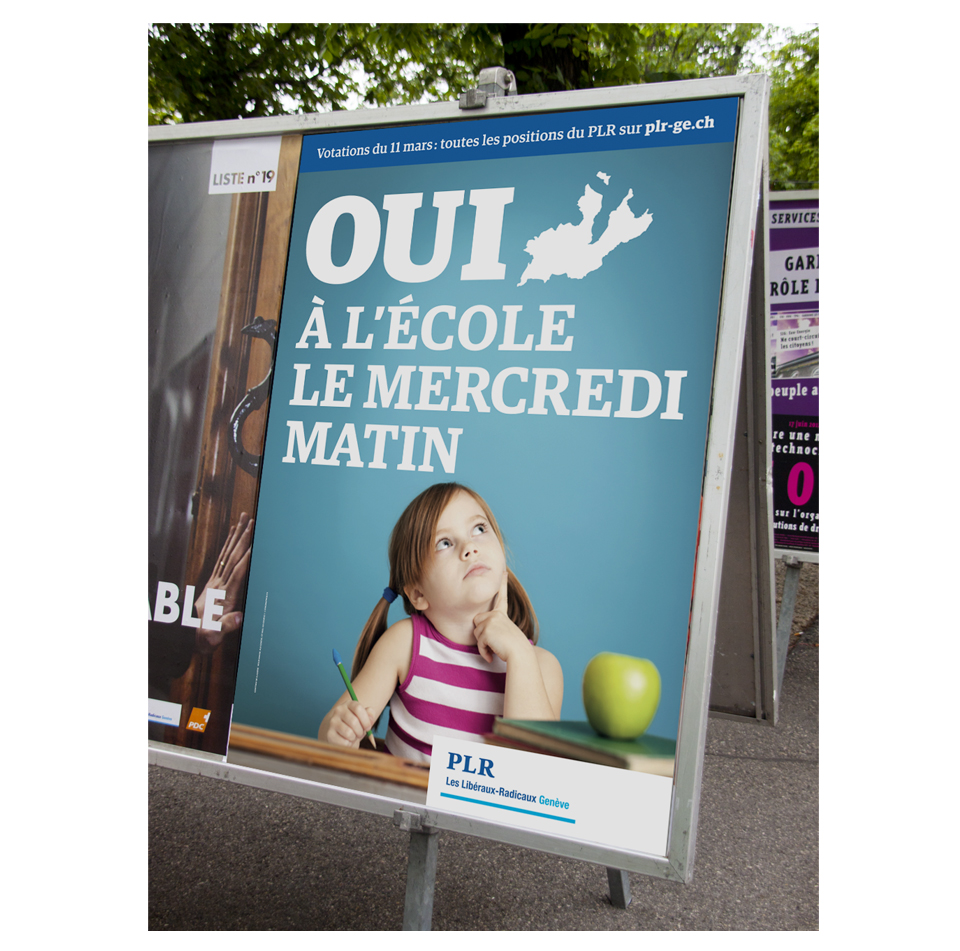 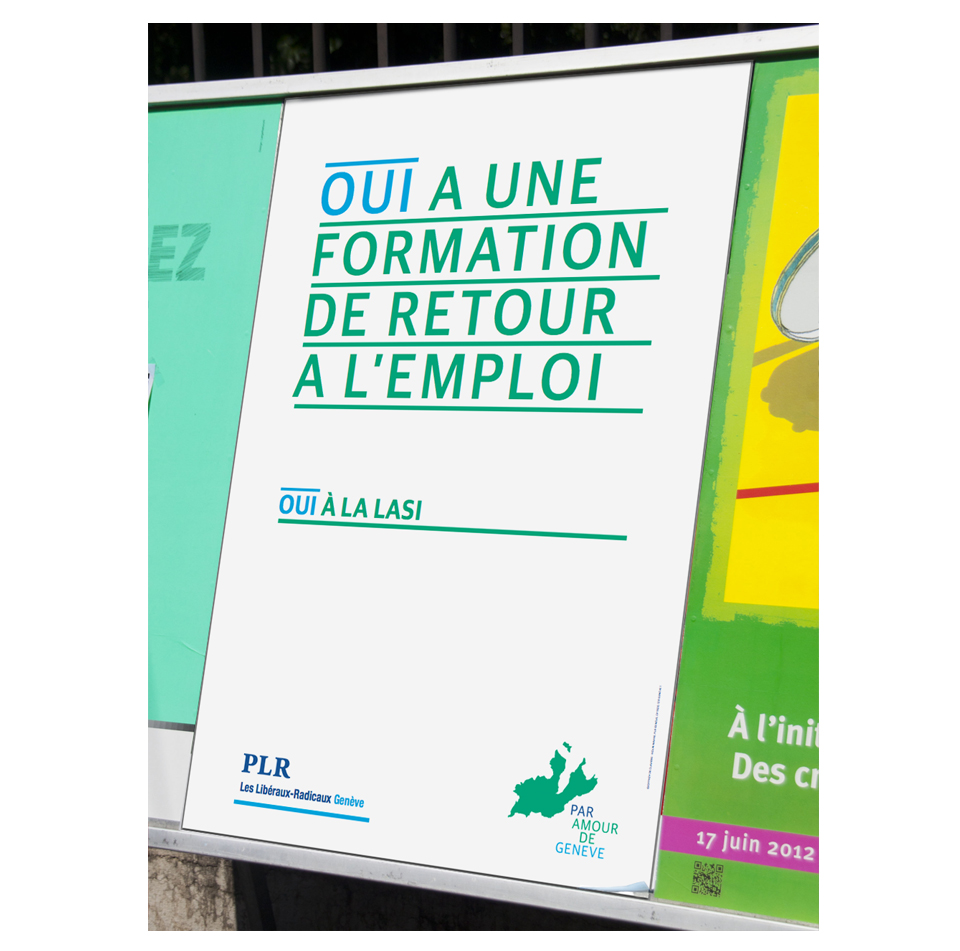 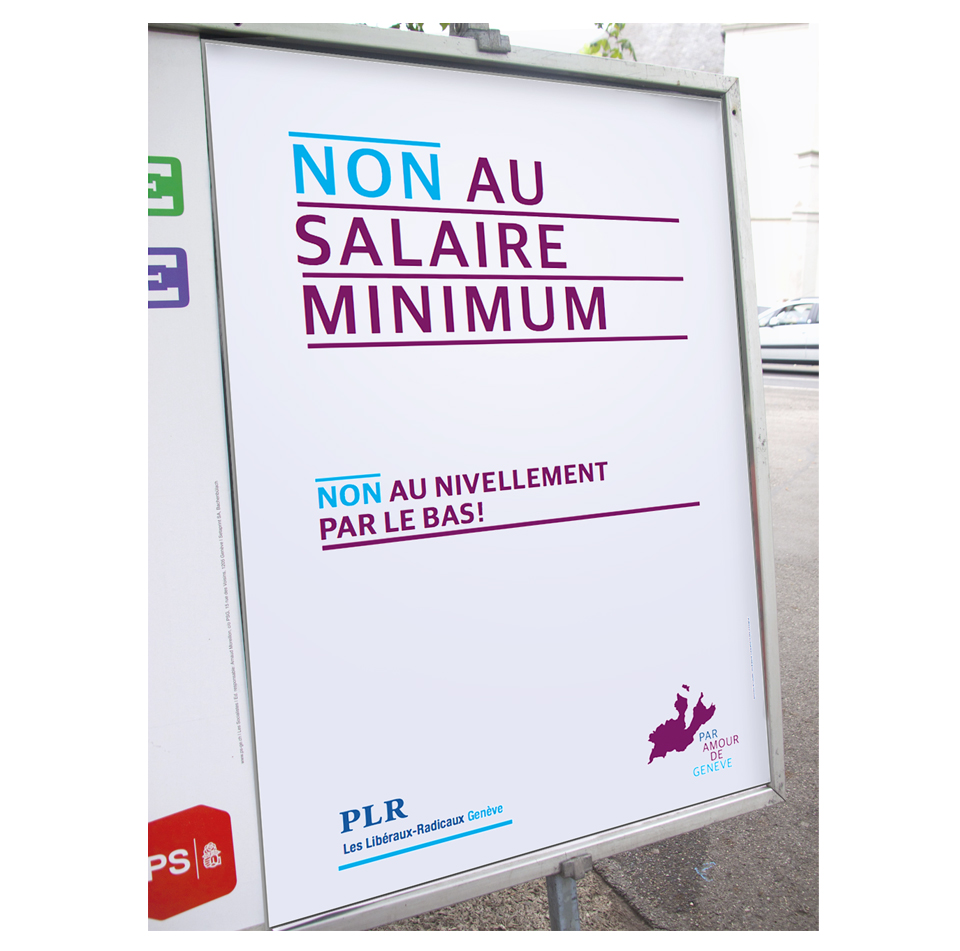 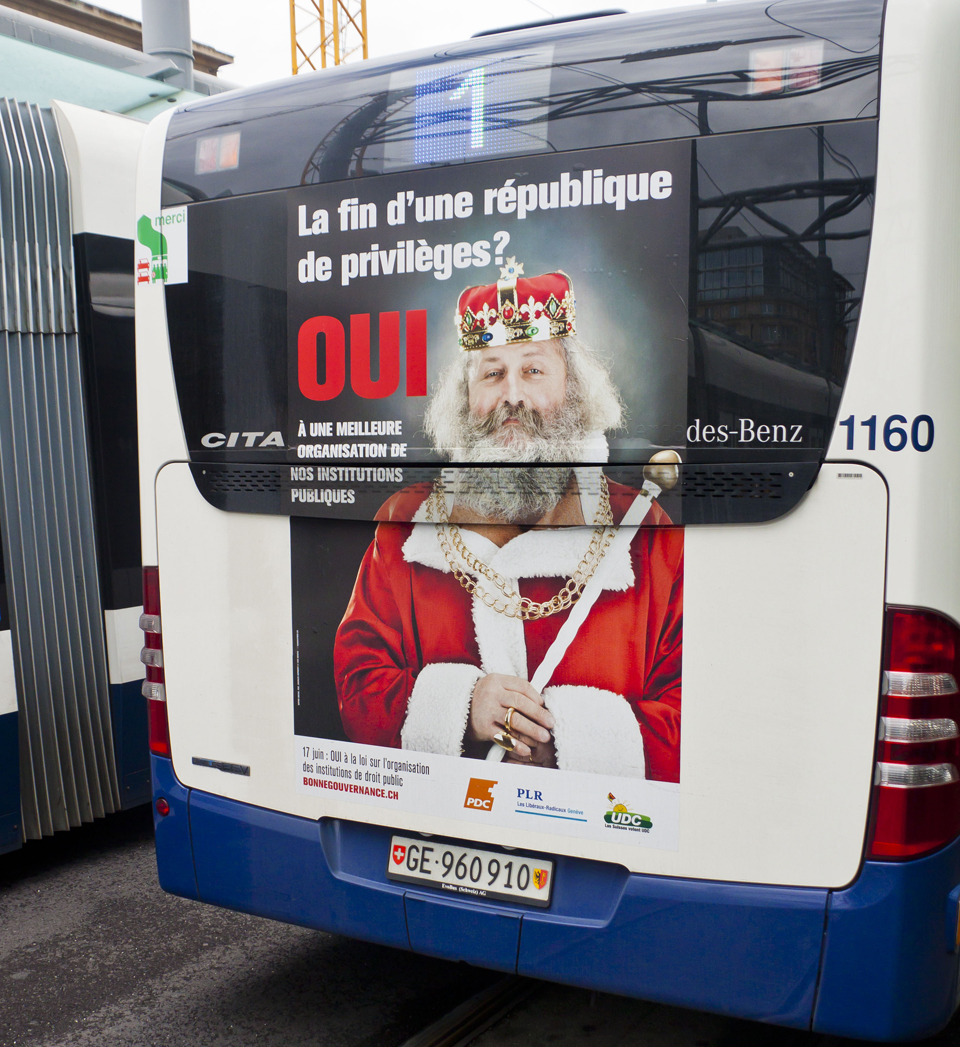