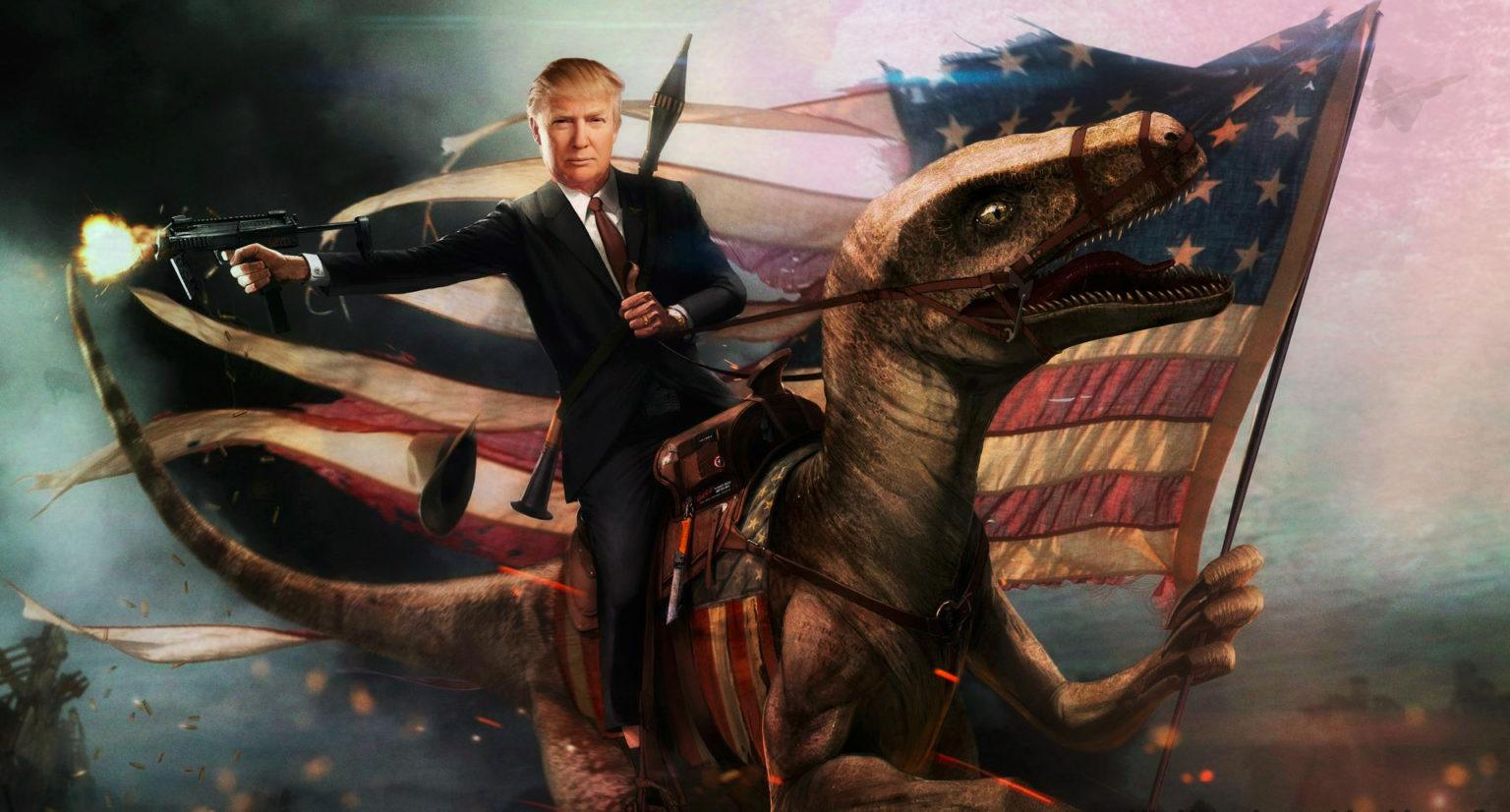 Yesterday, Europe woke up in disbelief just as lots of Americans were going to bed baffled and stunned. Trump’s election has caused much ink and it is certainly not over. For many, this result was totally unexpected. Even unthinkable. At Enigma, we saw it coming. So did everyone using factual data instead of polls, or AI over theoretical analyses. But many others didn’t. So how can we explain a blind spot this big? What changes does Trump Election highlight? What kind of a world have we entered on November 9, 2016?

The only truth is that in this new world, old truths no longer work. Up to Trump, a candidate needed the support of his party to get a chance at winning the election. Up to Trump, speeches must not polarize or divide the public. Up to Trump, polls were sacred and lead campaign agendas.

With Trump, all of these laws suddenly don’t work anymore. But is this really is fact? Probably not. Rather, he successfully deciphered some of the current changes in the world. And he turned them to his advantage. Now we need to understand this new environment, settle in, and explore new opportunities.

Just after the second debate, the US media were unanimous: in the polls, Hillary’s victory was ensured with 83%. And no one dared to question their reliability. Since then there have been various issues, from of the new inquiry about Hillary’s emails to charges on the existence of a server that would directly connect Trump to Putin. But can these really induce such a turnaround? Or should we question polls in the first place?

What do this election, and also last spring’s Brexit, say about the polls? Are they only bad representation of reality, which would only be a matter of method? Or are they plainly powerless to predict the future? Which means the media should they find other tools?

Throughout the campaign, we heard and read everywhere that Trump’s ideas were offensive, biased and exaggerated. Basically, the media have never took him seriously. The media gave the impression of never really believing that the Republican’s arguments could convince some Americans. How to explain it? One can not help but see it as bias induced by condescension.

At its core, a journalist’s job is to document views, check sources and relay testimonies. However we feel that this topic was never handled with professional care by the media. Blinded by the polls and disconnected from the reality of their fellow citizens. This in turn triggered the anger of a certain part of the population, de facto excluded from political debate.

For several years now, we have been witnessing a declining quality of journalism. We know it’s linked to the financial struggles of the media industry. As a result, we know most journalists usually do not have the means to do their job properly. Will the unexpected result of this election change the way the public sees the media? And push them to pay a little more for quality information?

But is it only the media? Well, not really because journalists also suffer from a phenomenon that affects the whole society: filter bubble. This concept refers to the state of a user when they access information on the Internet that result of customization.

Using the many data collected on the Internet, algorithms will silently select the content users see. They increasingly remove anything that is likely to displease the users. It generates an isolation mechanism where each user accesses a different version of the web, unique and optimized. But in turn, this version is smooth, emptied of all contradictions that should daily remind the diversity of a society and cause debate.


“If you liked and shared content supporting Britain remaining in Europe during the lead-up to the election, that’s what Facebook’s algorithm would serve you whenever you visited the social network.

It’s called a filter bubble as it lulls you into a false sense that the world is aligned with your point of view.”

We already saw this with Brexit: afterwards the British were frightened by the magnitude of the phenomenon. It was only after the vote that supporters of Bremain realized the power of the other side. On social media, all the information they saw was aligned with their opinion. In fact, both sides were cohabiting without ever confronting. The same thing happened in the United States.

Could you name three points of the political program of either Hillary Clinton or Donald Trump? That would be very surprising: throughout the campaign, ideas and arguments have always been in the background. Stuck out of the spotlights which focused on the personality, values, faults and various issues of both candidates.

As a consequence the presidential election turned into a popularity contest. At this game, Trump was very good. While the Clinton clan was spending millions of dollars in advertising, the Republican distilled a series of blows below the belt and used formulas inspired by memes. His approach shows a great understanding of the web. This quickly gained the support of an army of trolls. Sowers of discord who act as freelancers of hatred and savagery online and who are masters in abuse, attacks, shaming and harassment.

Can this induce the end result? Throughout the campaign, Hillary Clinton sought to rationalize and explain. On the other side, Donald Trump relied on simplistic elements and hammered them in. We all remember the nicknames given to its adversaries: crooked Hillary, Low-energy Jeb, Lying Ted. There were also killer phrases in televised clashes.

Is there still room for traditional political debate? Or will the coming years witness the triumph of speech in Twitter format?

Beyond messages, the media and personalities of candidates, there is another reality we are studying at Enigma. Let’s compare the campaign teams. Indeed, Trump team is significantly reduced compared to that of the Democrats, and it is the same with the size of their funding.

Trump adopted a very innovative operating model that is called “lean”. Inspired by startups, it involves a small team and quite a clever use of the media. The campaign itself is designed as a platform and driven as an insurrection, in an open and participatory model. This strategy dubbed by a smart and agile iterative approach catalyzed all critics of the US political establishment, and well beyond the United States. All these characteristics can also be found in the strategy used by Daesh.

In a world that changes very quickly, we must preserve a great strategic agility so we can adapt to new parameters in real time.

Do not try to control messaging at all costs. Rather, use a platform approach. This way you will accommodate all those inspired by your action and who wish to contribute in their own way, with their own arguments.

To touch the public, you must hit their unconscious symbolic level, as opposed to the rational. To stand out from the 5000 other messages the brain receives every day, your story must be strong and clear. Without needing any logical reasoning, it should naturally evoke images that will echo the deepest beliefs of your audience.