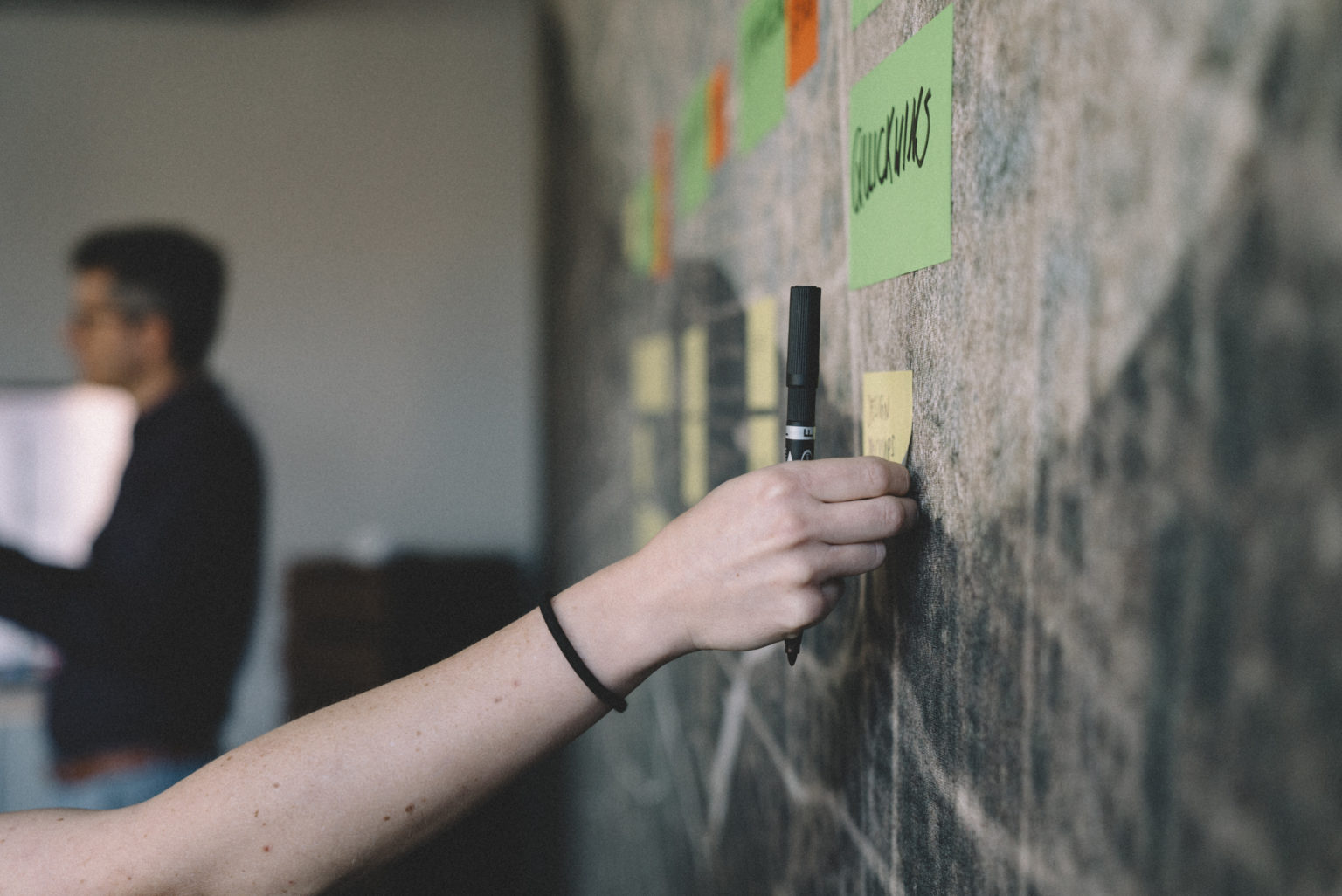 A brand-loyal and user-oriented work environment

Moving the Bern office to a bigger place provided Enigma with the opportunity of creating a working environment that corresponds to the new identity and promotes the productivity of the team.

The Enigma team in Bern has grown from one to 12 employees within three years, which was the reason for moving the office at the beginning of 2017 to a bigger one not far from the train station in Bern. This opportunity was also to be used to make the branding, which had been newly developed in August 2016, able to be experienced spatially. It required a space concept that promotes modern working methods, and enables focused work in quiet areas as well as collaboration in a suitably established environment. In addition, the branding had to be expressed through the targeted use of materials, colors and furniture.

“Keep moving. Keep pushing. Keep shipping. Keep changing.” Enigma describes itself as the discoverer of new, constantly changing worlds. The collaboration between the two locations in Bern and Geneva is accordingly unconventional and forward-looking: Document storage in the Google Cloud instead of on a separate data server, no need for internal e-mails for communication purposes, as well as slack and site-independent meetings via Hangout. The innovative nature of cooperation is no longer to be lived digitally, but also to be expressed in the built spaces. Five generously sized working islands, a long table devoted to the collaboration of interdisciplinary teams, and a workshop space separated by glass contribute to shaping the working environment and the work environment.

The wallpaper with the motive of the map not only engages the journey of discovery, but also offers enough space for brainstorming with electrostatically charged notes. Curved acoustic panels and lights, reminiscent of the rings of a planet, not only reflect Enigma’s pioneering spirit, but also create uniqueness. The different standing and seating areas give the premises an intimate atmosphere and character, as well as inspire in interactive workshops and meetings. In an environment where things are changing exponentially fast, flexibility is being given. By using stacking, folding, rolling and expandable furniture, the workshop space can be adapted to the most varied usage requirements. The work area, open to cooperation and transparency, is equally adaptive. It is designed to allow it to grow from 12 to 20 employees.

The selected materials make a significant contribution to turning the new Enigma premises into a mystical and mysterious office. The branding themes of “cartography” and “terrain” have been expressed up to now by means of elevation lines. This feature of the visual identity of Enigma was translated into the third dimension for the expansion of the office. The acoustic elements and a selection of furniture have curved organic shapes. The linoleum floor reflects the natural surface of the earth with all of its irregularities. A palette of earth colors was used for all of the materials and colors.

The move has allowed us to create and relate to workspaces that express our mindset. They enable both concentrated individual work and collaboration in the team. Our new feeling is now to be shared with customers: After a meeting, the long table serves as a co-working zone, where our customers can stay until they move on.