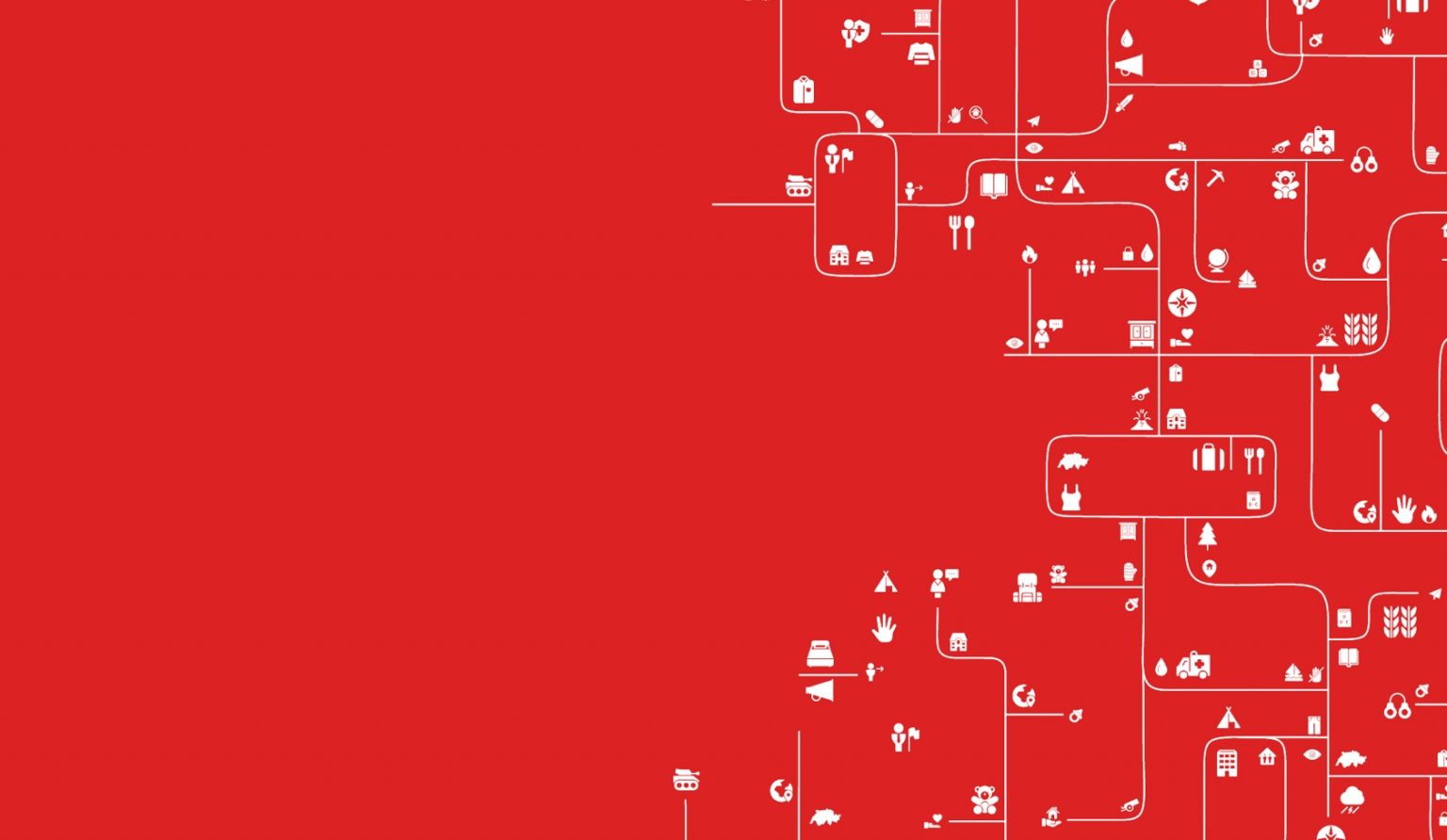 Enigma was commissioned to develop and implement a differentiated communication strategy for the Salvation Army Refugee Aid. Additionally, the question of finding a suitable name came up.

Refugee aid focuses on people of different cultures and languages. The marketing strategy to be developed should strengthen the brand and enable targeted communication with all the different stakeholders.

The unique position and identity within the entire organization was created through the establishment of an easy-to-understand and iconic language. The use of neutral icons reduces associations with specific cultures, religions or ethnic groups and allows easy access for everyone regardless of their language and origin.

The centerpiece of the new appearance of the refugee aid is the icon landscape. It tells a story, serves as a map or as a decorative element. This graphic can be used for the communication across all channels and ensures the consistency of the overall branding.

The focus of the website was on a user-centered structure, appealing design and a clear, value-free communication.

In terms of color and icon language, the website stands out unmistakably within the Salvation Army Web Universe but at the the same time it is a statement for the brand.

The deliberate renunciation of photographs enables communication at eye level between Swiss, immigrants and other stakeholders.

Google Translate has been strategically incorporated into the website, giving the website the interpreter function of Google. Users – likewise asylum seekers – can thus be reached and addressed with only marginal translation costs.

Further, a short explanatory video on refugee assistance was realized. The imagery is consistent with the iconic landscape and visual language of the website. The video without text again allows for internationality.
The video shows illustratively the difficult escape, the arrival and tells of the integration in Switzerland.

The revision of the letters and templates were of course adapted to the concept. “Refugee aid” no longer appears as the direct sender, but as secondary a information. This step seemed brave at first, believing that it was weakening one’s identity. However, the in-depth discussion with the target groups had shown that it always will be clear to recipients and interested parties that the Salvation Army is the provider of offers for asylum seekers. Explicitly mentioning “refugee aid” became redundant. The partial brand renewal was developed in close cooperation with the brand managers of the Salvation Army and also gave positive impulses for the umbrella brand.

With this project the Salvation Army has moved a sub branch closer to the umbrella brand, simplified it and at the same time created uniqueness within the brand thanks to targeted elements for working among asylum seekers. The goal to communicate information to people who are unfamiliar with foreign languages ​​or people who are not able to read and write was reached by on the one hand developing the content visually and on the other hand using Google Translate to create a website, that can be translated into more than 100 languages at the push of a button at no cost.

As part of the project, the website content was brought up to date and a clear understanding of supply and identity was created among employees and management. This enables the Salvation Army to communicate easily and understandably with its target groups around migration – be it via the website, the video or the brochure.