Influencer campaign of character in Germany

“RAGUSA. The Swiss chocolate with personality!” This message was spread throughout Germany in the 2017 campaign. By means of targeted online measures and innovative influencer marketing, the RAGUSA brand name was made better known in Germany and the customer community was expanded.

Creating brand awareness in the still young German market was the goal of the RAGUSA Campaign 2017. “Discover your RAGUSA character” was at the center of the campaign, as each flavor Blond, Classique and Noir represents a character type. The aim was to attract new ambassadors, expand the community, and ensure sustainability. Enigma developed a coordinated package of measures that focused on social media, contests and gamification, online advertising and influencer marketing. With influencer marketing, Camille Bloch, a traditional Swiss company, is breaking new ground and finding great brand sympathy among influencers…

Photo contest: Who are the three faces of the German poster campaign ?

Something special was created for the national poster campaign in Germany. In spring, the population was invited to take part in a photo contest via Facebook and Instagram. Enigma developed a landing page on which people could easily upload a portrait photo of themselves showing their strong character. From more than 2,000 participants, RAGUSA selected three young people who perfectly represent and accentuate the three different characters (Blond, Classique and Noir) of RAGUSA. During several weeks in autumn, the winners smiled down from the billboards. follow red, a German branding and event agency, additionally invited people to represent Camille Bloch at various points of sale in Germany. 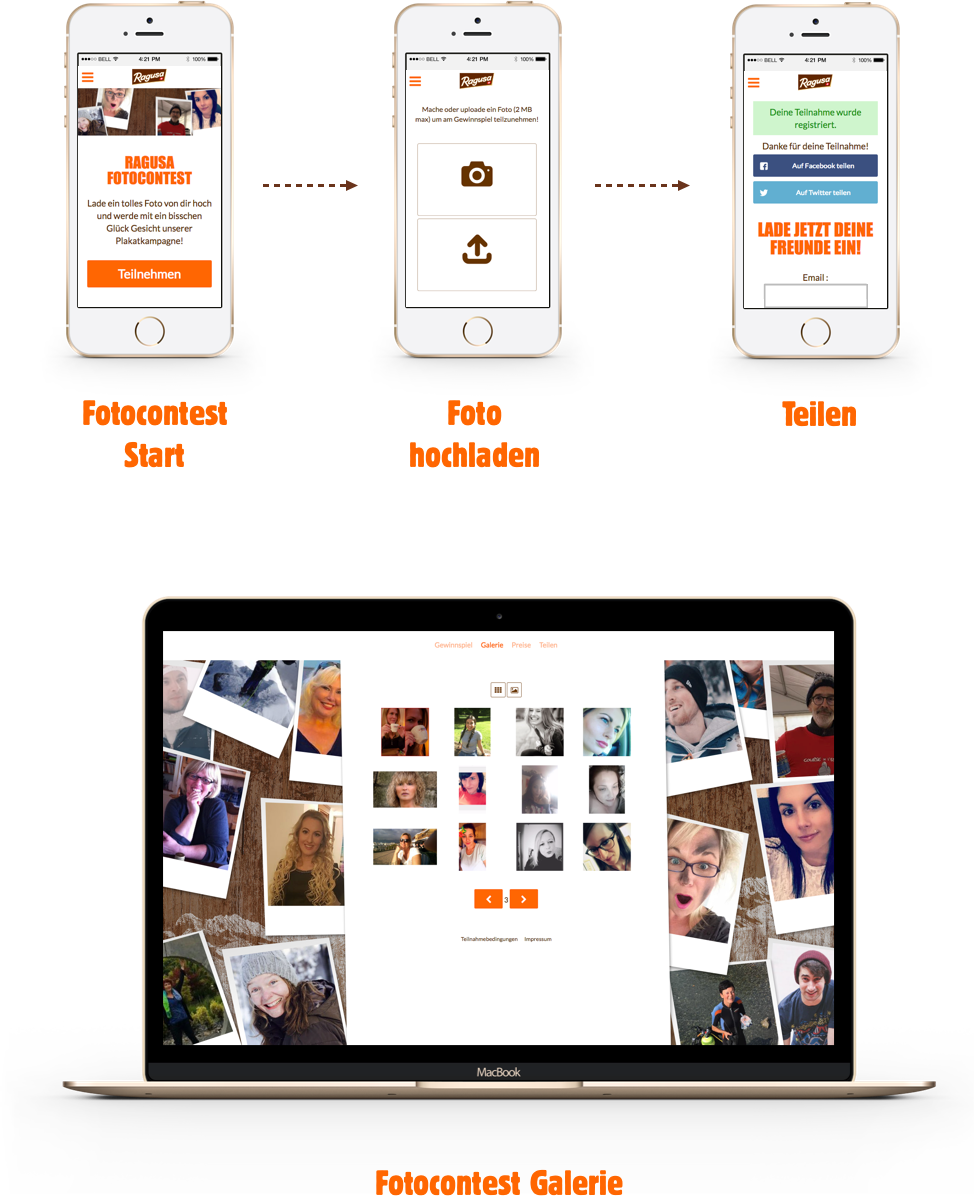 Character test: Which RAGUSA character are you?

Enigma developed a character test on a landing page through which people could playfully discover which RAGUSA character they are. Like on Tinder, those taking the test could “swipe” to the left or right to figure out whether they are more of a Blonde, Classique or Noir type. Associated with a competition, they had the chance to win a weekend trip to Switzerland with their best friend. Nearly 15,000 people took part in this contest. 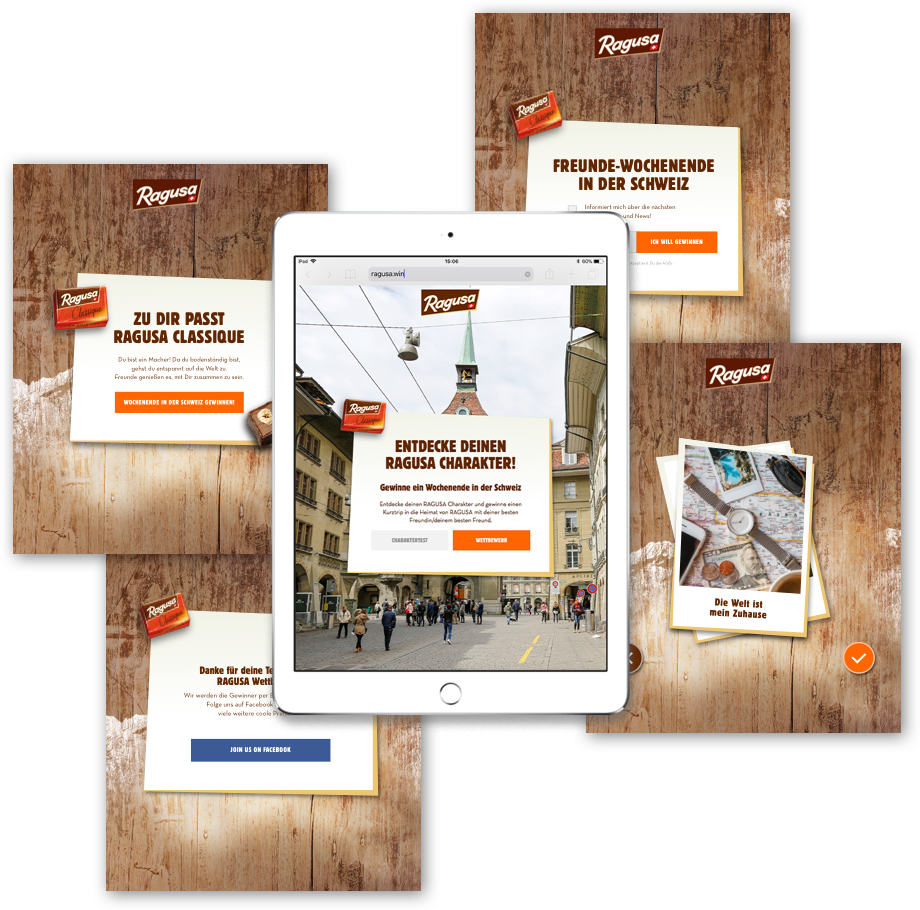 The influencer campaign, which Enigma realized, was a true premier for Camille Bloch. Influencers and bloggers perfectly embodying the brand image were identified and invited to an influencer event in Berlin on 30 September 2017. More than 30 influencers accepted the invitation and were able to witness live on-site production, got to know the product with its history, its properties, and production steps, as well as taste various creations of the still rather unknown chocolate. More than 70 influencer contributions were published after this weekend.

The RAGUSA community on Facebook was encouraged to interact through regular content posts. The involvement of the growing community was above average.

Not only competitions but also various entertaining video formats such as boomerangs and gifs, created by Enigma for the Germany campaign, provided entertainment on the social media channels. They showed people in everyday situations enjoying a RAGUSA. In addition to the short sequences, two videos were produced. The lifestyle video “Through the day with RAGUSA” portrayed everyday situations. Particularly special was the video “From the point of view of a RAGUSA”, which was shot with a GoPro camera and displayed life as seen by chocolate itself, from the moment it is on the store shelf until it reaches a consumer’s mouth. The videos were mainly used for the YouTube campaign.

YouTube, Facebook and Instagram served as advertising platforms to transfer people to the landing pages. Google banners referred clicks to a store locator to find the nearest RAGUSA. By means of A/B testing and targeted channeling, the visuals, texts, and targeting were continuously adapted and optimized. 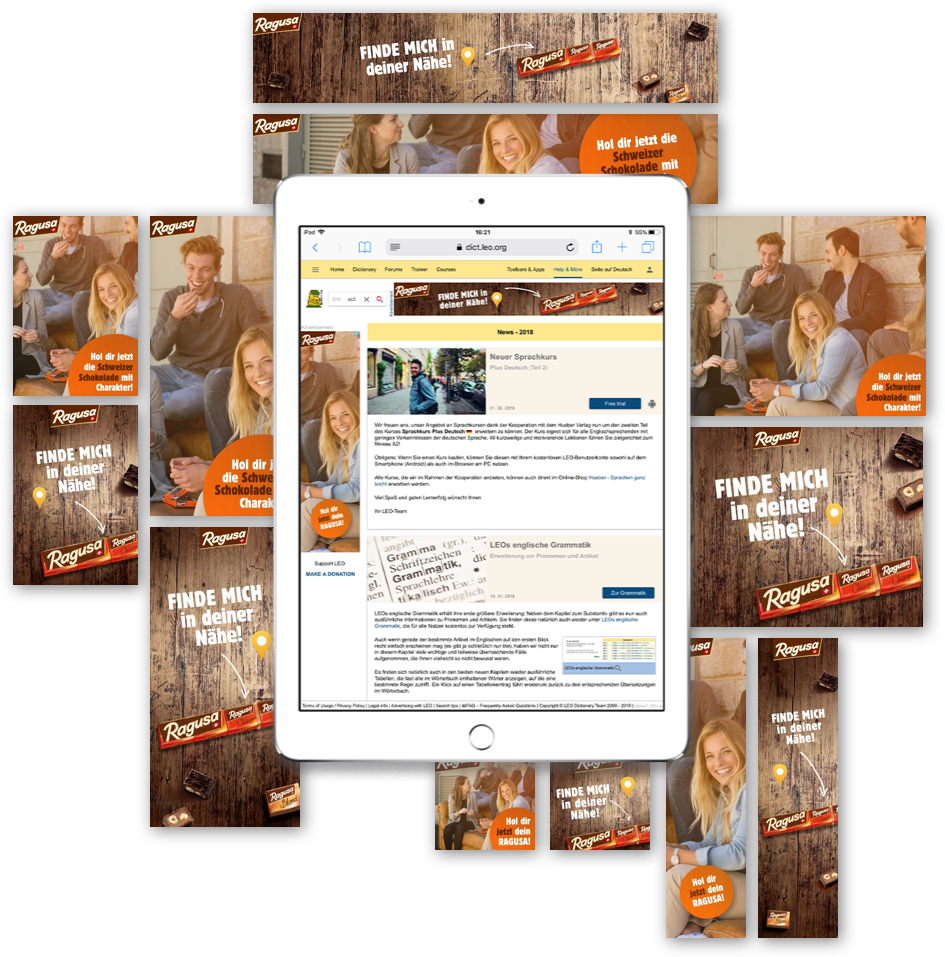 After creating a newsletter template, Enigma supported Camille Bloch in creating the monthly newsletter content. The opening and click rate of the five newsletters sent out clearly exceeded the benchmark.

The influencer campaign opened up new dimensions of market development for the traditional Swiss company. Thanks to enthusiastic influencers, a great deal of attention was paid to the brand. The campaign reached over 13.5 million people in Germany and generated hundreds of thousands of interactions. 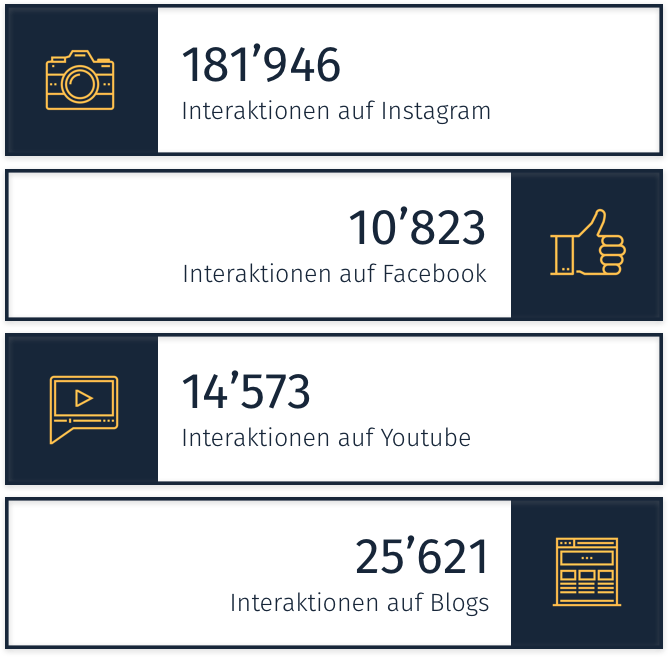 With an increase of the community by more than 73%, contacts in the German market could be expanded. The cost per conscious interaction with the brand by potential customers amounted to CHF 0.33. The campaign has contributed significantly to the positioning of and attention to the brand. 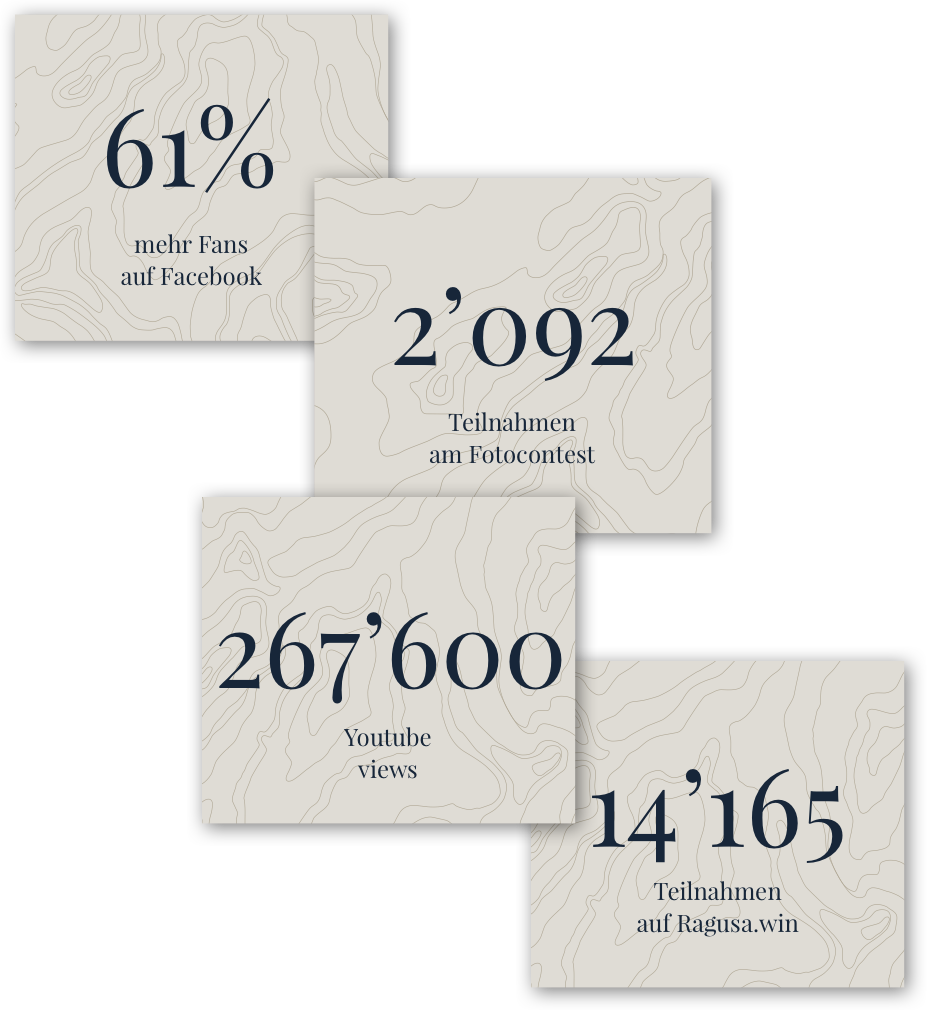