A new visual appearance for a courageous association

kibeo is an association from the Bernese Oberland, which produces church radio broadcasts for radio BeO. The club wants to reposition itself and commissioned Enigma with the development of a new branding that represents the profile of a relevant offer digitally and physically.

The previous visual identity of the kibeo association hardly made any connection with its listeners. As a church radio, the association is challenged by the demographic change of an aging audience. Hence, kibeo sought to present itself in a contemporary way, to bring freshness to the performance and to be able to reach the younger audience.

kibeo is far-sighted and open to new inspirations and changes in every way. A fresh visual appearance and the use of new technologies should help them to remain unmistakable as the church mouthpiece in the broadcasting area of Radio BeO.

The project started with a workshop with kibeo board members as well as other relevant key people. It was jointly defined how kibeo wants to be perceived, what the effective core of the brand is, and what tonality the association will take. After defining the brand personality together, Enigma worked out the individual brand elements. 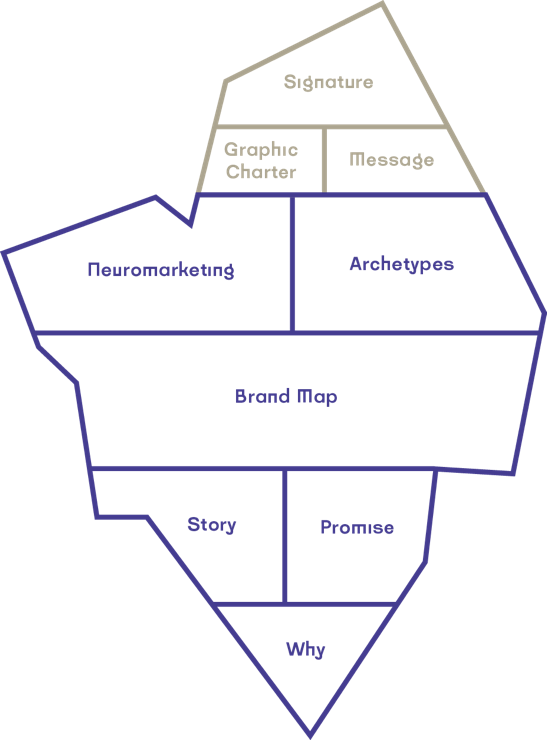 Based on the workshop results, Enigma developed a storytelling and derived a visual design concept. The idea was to bring church radio closer to the listeners and break down barriers – because today, things are no longer tied to a time and place, but can be consumed from anywhere. That’s how the claim came to be: “The Church, where you are”.
In the pictorial language, mystical images from the Bernese Oberland were used to match the defined brand personality. The key visual forms the Niesen, which radiates as a monumental mountain a strong effect and connection with the Bernese Oberland. The kibeo logo is located in the “O”, which radiates like radio waves from the radio to the outside and this puts the activity of kibeo in the center. Violet was chosen as the primary color, a color that underlines the passion and devotion of the association and is at the same time young and fresh.

Enigma designed flyers, posters, stationery and business cards for kibeo. In addition, templates such as Word documents and PowerPoint presentations were processed and made available to the association. As a give-away for the listeners, Enigma has come up with something very special, namely cotton buds. The idea is that you first wipe your ears so that you can hear the church programs well. A practical gift that encourages conversation!

The central point of the rebranding is the new website. It focuses entirely on the user’s need to be able to hear broadcasts from anywhere and at any time of the day. For example, the most recent broadcasts are always available on the homepage and podcasts have been set up for the three broadcast formats that can be subscribed to. Kibeo is just a click away.

An online newsletter process and template gives kibeo the opportunity to appeal to its members and interested parties with up-to-date technology. 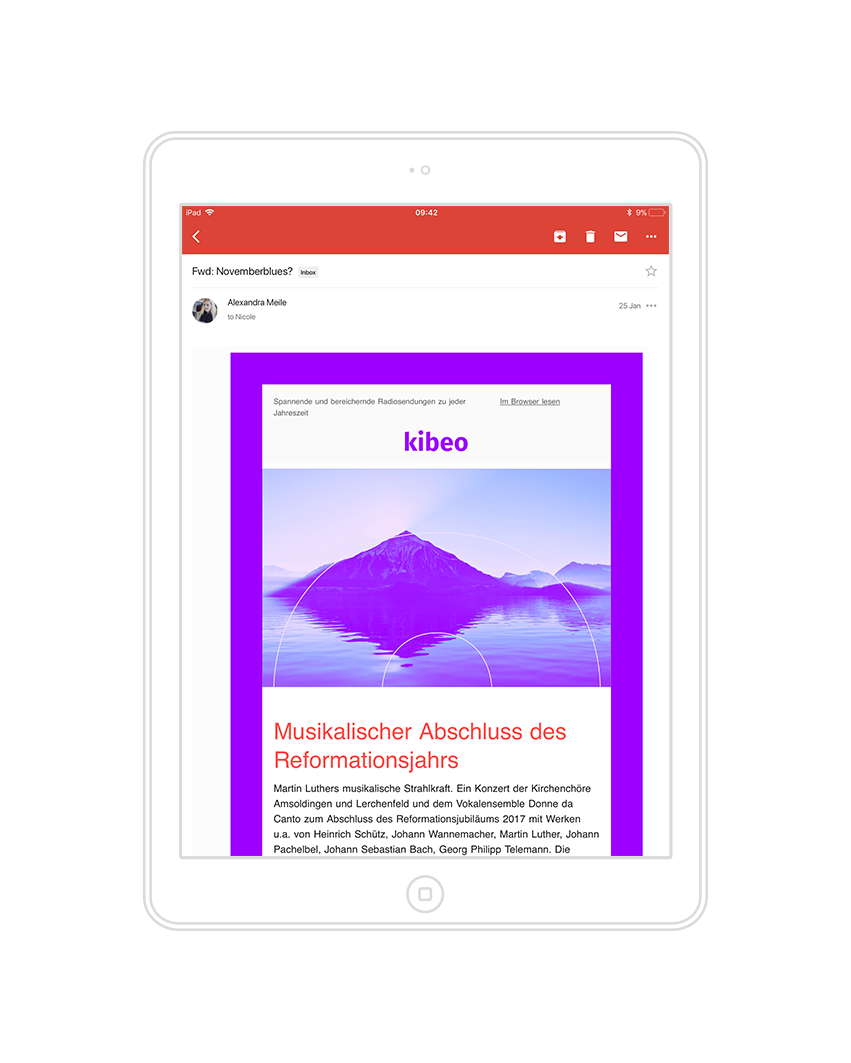 kibeo and Engima have developed a strong branding without compromise in their temporal and visual dimensions, which boldly conveys the identity of the offer. Today, kibeo prominently presents itself as an active club that fully focuses on the needs of the audience: “Church, where you are – just a click away”. In the field of local radio, the project team may mention the project as a flagship project. They have created something that is forward-looking and renews the appearance not only visually but also in terms of content.